Home > Banking Sector > How do payday loans work and what are people using them for?

Payday lending is one of the fastest growing and controversial segments of the consumer credit industry. Also called cash advance loans, small-dollar loans, etc, these are short-term easy-to-get loans for relatively small amounts. The number of companies, including online services, offering them is growing and so are related government regulations. Industry critics worry that the single-payment feature and potentially high fees can trap some borrowers in a debt hole. Lenders and advocates argue that they empower people who are credit-constrained to manage unexpected expenses and shortfalls in cash.

There is no doubt that payday loans are a fast way to borrow small sums of money. Though in some countries it can go somewhat higher, payday advances are most popularly for between $100 and $500.

Because the target market is essentially people stuck in a tight spot, the application process is designed to be ultra-easy. Part of the speediness/ease equation is that there is no delay for a standard credit check.

More importantly, they are unsecured. With a regular loan, a borrower needs to offer the lender “security” by agreeing to tie the debt to collateral of some sort, like a car or a home. With payday advances, pretty much all that is required is a checking account or proof of employment.

The borrower then gives the lender a post-dated check or debit authorization for the loan amount plus a finance fee. The finance charge is commonly between $15 and $20 dollars per $100 borrowed. The lender agrees to not cash the check/withdraw the amount until an agreed-upon date in the near future.

After walking away with cash, the borrower usually has 14-30 days before their loan comes due. And, unlike standard loans that are paid back in installments, payday borrowers must reimburse their loan/fee in one lump sum.

So, when the next payday arrives, the customer can redeem the check by covering the loan amount and finance fee in cash or the lender can process the check.

Of course a borrower might find themself still cash-strapped when their next payday arrives. A payday loan can be refinanced (or ‘rolled over’) for another short period by paying another fee.

The rollover option is what has ended up generating controversy. Many borrowers find themselves rolling over again and again. Annualizing payday loan fees shows how they can become extremely expensive. When expressed as an annual percentage rate, the fee can equal interest of 300 to 1,000%.

What do people use them for

Because of the risks related to the rollover scenario, one might wonder why a person would choose a payday loan.

A 2009 payday loan industry-sponsored survey found that most American payday loan customers are from lower and middle income households. Nonetheless, people turning to them are largely aware that they are not optimal, say the authors. However, they do it because they see no alternative when facing unexpected financial urgencies like medical expenses, the report claims.

A 2012 Pew Charitable Trusts report disputes that characterization of what people are using payday loans for. Pew’s survey found seven in 10 borrowers use payday loans to deal with recurring expenses like rent or utilities, while only one in six are covering emergencies.  Analyzing existing US data, the organization discovered an average borrower is in payday loan debt for five months per year, using eight loans that last 18 days each.

Debate aside, all agree that because of limited resources and relatively heavy use of credit, payday customers have limited credit options.

According to a 2010 law review article, “numerous studies have shown that a large number of payday loan customers rollover the principal again and again”. Indeed, some borrowers frequent different payday lenders in order to pay one debt off with another.

The survey underpinning that article found many payday loan consumers don’t trust mainstream financial institutions. Meanwhile, they said they were impressed by payday loan agents’ friendliness. Some people even reported taking a payday loan instead of a much lower interest choice like a student loan. Whatever payday loans are used for, they appear to help people make ends meet without the stigma of admitting to friends, family, or a financial institution that the are “broke”, the author notes. 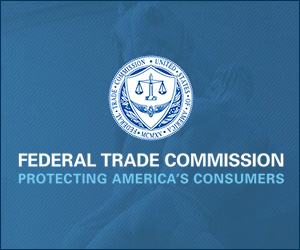